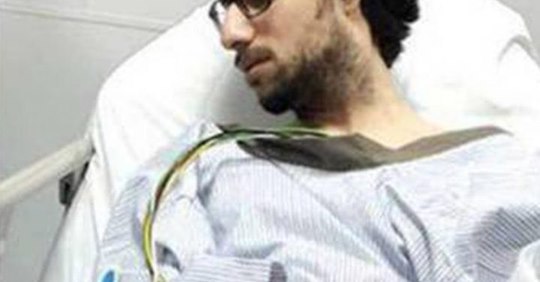 The shooter also argued that a female gynecologist should have been there to assist in the delivery instead of the male obstetrician. Dr. Muhammad Al Zabn, the male obstetrician, has a Saudi mother and a Jordanian father. The doctor delivered the baby around one month before he was shot, at the King Fahad Medical City which is the capital of Saudi Arabia, Riyadh.

In accordance with reports by the media, the husband/father went to the hospital around a month after the delivery and stated that he wanted to thank the male obstetrician personally for aiding and helping during the delivery of the baby.

The doctor did not hesitate and met the man in the garden of the hospital. The two men struck up a conversation and amidst the conversation, the Saudi man pulled out a handgun that he had hidden under his clothes and shot the doctor.

After the shooting, the Saudi man immediately fled the scene, while the medics in the hospital rushed to the fallen doctor and took him to the emergency department, from where he was shifted to the intensive care unit.

A search ensued for the shooter and through the tireless efforts of the local law enforcement agencies in Riyadh, the shooter was arrested quickly. This incident had also been confirmed by the spokesman for the King Fahad Medical City hospital, Bassam Al Buraikan.

Al Buraikan stated that the condition of the doctor is now stable and he is out of danger. The spokesman also added that the law enforcement agencies are collecting the evidence from the scene of the crime and there is also an investigation currently underway.

This was quite a shocking news to all those reading the initial reports and was more so upon further revelations about the case. The first thing that comes to one’s mind is that this was the medical professional who aided in delivering his baby safe and sound. Instead of thanking him the Saudi man shot him. Unbelievable!

Several of the users on various social media platforms have sided with the male obstetrician and have also expressed their sympathy for the medical profession and anger on the actions of the Saudi man.