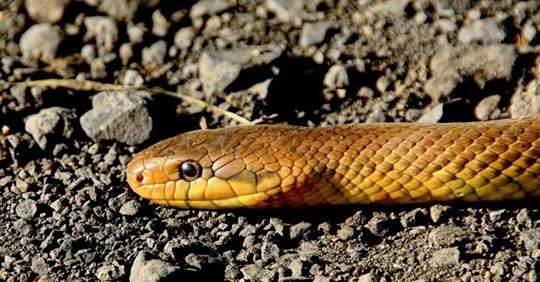 People often see snakes in their dreams and get worried that what does it really mean. Basically, we all know that seeing snakes in dreams means having an enemy according to authentic interpretations.

Important Note: There are 4 types of people with whom one should not discuss a dream. Discussing a dream with these people has a negative effect on dream interpretation. Here is a brief of what does it mean to see a spider in your dream.

This is a short interpretation and dreaming about snakes is further classified by a renowned Islamic scholar Ibn Sirin.  Here are some of the dream’s interpretations involving snakes:

If a person dream of any of his family member or himself walking on the snakes on his farmland, it will be interpreted as the land which will bear fruits and whatever planted there will come to life.

If anyone dreams that his garden is covered with snakes it means that its tree will bear enormous fruit and crops more than that he expected.

If a person dream of a snake in its hole it means he will have a son.

There is an incident related to this dream. Once a man dreamed he was carrying a bag filled with snakes and scorpions and on asking its interpretation, Imam Ibn Sirin RA asked him that he had that something that caused the wicked people to hate him. He said yes, I have been appointed by the Sultan to collect taxes from the Arabs and this caused people to hate me.

If a person dream of a snake leaving his house, it is interpreted as to its destruction or demolition.

If a person sees snakes eating on one’s table in his dream, it means that he and his friend will be separated.

If any person dreams of himself becoming a snake in dreams it means being contemptible against his own religion.

Seeing yourself half snake and half-human in your dream means you will be able to neutralize half of your enemy’s power.

If in a dream a snake gulps any person, it means that a person will reach a powerful position.

Snake sitting over the head in a dream means the person will win the respect of people in authority.

A sleeping snake in a dream is symbolized as a sleeping enemy.

A person who dreams of owning a snake in his dream it is interpreted as his gaining power and authority. If he dreams of snake flesh it means his enemy money.

If a sick person dreams of himself sitting with snakes, it means that he will recover from his illness and lead a long and happy life.

Bitten by a snake in a dream represents that the person’s enemy will harm him as much as he will be harmed by the snake bite.

Disclaimer: The material used for the interpretation of dreams has been extracted from the book “A Concise Guide for the Interpretation of Dreams” written by Mohammad bin Sirin.