Sign in
Welcome! Log into your account
Forgot your password? Get help
Password recovery
Recover your password
A password will be e-mailed to you.
Life Of Arabs A complete guide for those who are living in Middle East or planning to come soon.
Advertisement
Home Saudi Arabia General Information Put on socks on one of my feet before burial – last... 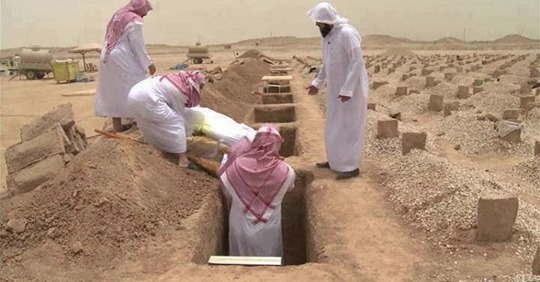 Every soul has to die. Death may not be something unique, yet the passing away of a loved one makes us sad. The last moments that we spend with the person are always reoccurring in our minds. Mostly the elderly people, during their last moments instruct others with their last wish.

People have always come up with different last wishes. Some people want their heirs to perform a certain task after their death. For instance, a father advising his son to always take care of his younger siblings.

The instruction that Mr. Ahmad gave to his son while he was on his death bed, was quite shocking. He called his son and told that he has sensed death approaching him and thereby will leave the world shortly.

He instructed his son that once he dies and is washed and then wrapped in a shroud, his son shall undergo an activity before he is buried. The father had requested his son to put on a sock on one of his feet before burial!

The father has said that this was his last wish that he wants his son to fulfill it. The father shortly departed from the world leaving behind everything be it relations or be it his possessions.

His funeral was then conducted in which his friends, family, and relatives came. His body was then washed and wrapped in the white cloth when the father’s last wish popped in son’s head: to put a sock on his foot.

What happened when the son tried to complete the father’s last wish?

He went inside his father’s room and searched for his socks. He found one and came to the washer and handed him a sock saying that it shall be put on his father’s foot. On this, the washer exclaimed that this act cannot be practiced as it is against Islamic law.

The Shariah does not allow us to cover the body with any other cloth except the white unstitched cloth. He said that he won’t cover the foot of the deceased with a sock. The son requested that the act shall be done as this was the final wish of his father.

The washer then advised the son to halt the funeral, consult a mufti or scholar upon the matter. However, he said that none would agree for it and this is what happened. When the son approached a mufti, he said that such an act is not according to Islamic law and thereby shall not be practiced.

There started an argument among them, yet a man interrupted and told that he was a friend of the deceased. He said that before his death, Mr. Ahmad had given a letter to him which shall be handed to his son after his death. The son got the letter and opened it.

The letter read that now people won’t allow you to give me an old sock. This is how things work. Whatever I had is now yours and I shall only get eight yards of cloth. Whatever I had is now yours and you shall use it in way of Allah so that you will gain benefit in the hereafter: when you will die, you won’t get more than 8 yards of cloth! What a beautiful message it is!