Sign in
Welcome! Log into your account
Forgot your password? Get help
Password recovery
Recover your password
A password will be e-mailed to you.
Life Of Arabs A complete guide for those who are living in Middle East or planning to come soon.
Advertisement
Home Saudi Arabia General Information SR 7 million Fine, 15 Years Jail for transferring money on behalf... 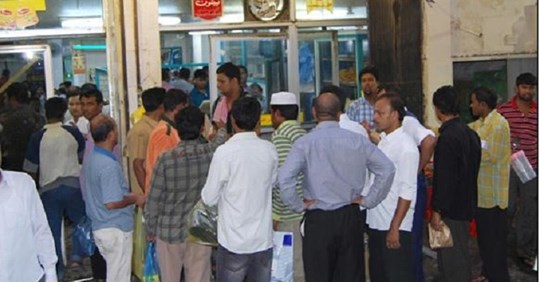 Money laundering is a serious crime that has become rather common. Money laundering has potentially devastating economic, security, and social consequences. In this act the criminal tries to put the illegal money into funds which appear legal, therefore the act of money laundering becomes a vast subject.

No doubt, money laundering is a major crime in almost every country. Recently, Saudi Arabia introduced a new law, which states that the penalty for money laundering will be 3 to 15 years Jail depending on the case or a fine of SR 7 million, equivalent to $1.87 million.

The Penalties can increase depending upon the nature of the crime

These penalties can vary according to the type of crime committed. The penalties can be combined if the accused person is part of an organized gang or used violence during the crime.

If the suspected works in the public sector and exploited their job and/or power to commit the crime or if the crime including human trafficking, the exploitation of a minor or a woman, or the use of a correctional, charitable or educational facility.

The Punishment of Money Laundering for a Non-Saudi

The same will be implemented for repeat offenders. If a non-Saudi is caught for money laundering, they will be imprisoned and deported after completing their sentence. Furthermore, they will be banned from entering the Kingdom.

We have already covered in detail the dangers associated with transferring money on behalf of others.

What is Money Laundering?

Under the new law, any money obtained through illegal means is a money laundering crime. To aid and bet in such activities is also a crime under the same title.

Transactions of any property or proceeds while knowing that they are a result of some criminal activity or come from an illegal source is also money laundering.

Having knowledge and concealing facts like nature, source, movement, ownership, location, a method of disposition, or associated rights of this property or proceeds is also the same.

The law also states that conducting transactions of property or proceeds while holding knowledge that these are a result of some illegal money, or act as a disguise for hiding illegal money and help the person trying to commit the crime in any way is also money laundering.

The new law is promising as it is very strict. It is thought to bring about a change by scaring the people indulged in these criminal activities due to the heavy fine and long years of imprisonment and ban from traveling. This law, because of its strict nature is sure to reduce the money laundering rate.

What is illegal money?

You need to understand what does illegal money means. If somebody is earning through legal ways, he can transfer the money himself.

Let’s say if somebody is working for someone other than his employer (as it happens in most of the cases) and he asks you to transfer the money as legally he is generating enough white money to transfer on his name, he is earning illegal money. If you transfer his money, you are involved in money laundering.