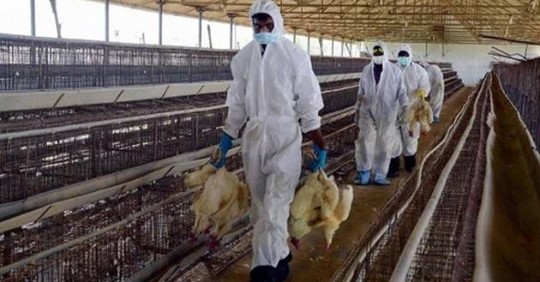 
An outbreak of a particularly contagious bird flu virus has been reported in Saudi Arabia, the World Organization for Animal Health (OIE) warns, as the world struggles to contain the spread of a deadly China coronavirus.

The outbreak took place in the central Sudair region, located some 150 kilometers north of the nation’s capital of Riyadh. The disease already killed more than 22,000 birds, the OIE said, citing the Saudi Agriculture Ministry. More than 385,000 birds were also slaughtered out of precaution. This is the first such outbreak since July 2018.

The H5N8 strain of the bird flu, which was detected in Saudi Arabia, was previously considered not particularly contagious for humans. Yet, it has been recently declared to have become increasingly more pathogenic.

Riyadh – Asharq Al-AwsatSaudi Arabia’s Ministry of Environment, Water and Agriculture, has announced that one case of highly-pathogenic H5N8 bird flu virus was reported on a poultry farm in the Saudi capital, Riyadh.

Dr. Abdullah Aba Al Khail, the ministry’s spokesperson, said that emergency teams were able to control the outbreak after implementing standard operational procedures of the emergency plan on site.

The case was the first outbreak of the H5N8 virus in Saudi Arabia since July 2018.

Dr. Aba Al Khail, citing the World Health Organization (WHO), said this type only infects birds and does not pose a threat to human health, recalling that this type of bird flu was registered in the Kingdom and was controlled in 2017.

The spokesman called on the poultry farmers to take utmost care and vigil as well as to apply preventive measures when dealing with birds, and not to import new birds for the time being.

He also cautioned against hunting of any sorts of birds and inform in the event of spotting any suspicious cases by contacting the toll free number 8002470000.