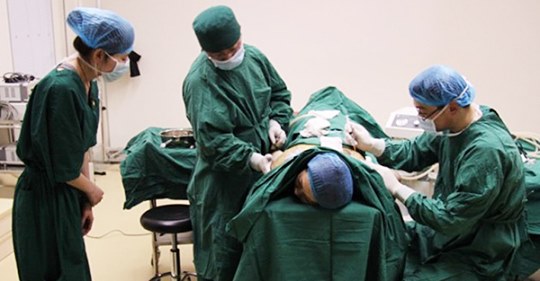 Liposuction, or simply we called it Lipo, is a kind of beauty surgery in which fat is removed from the human body using suction. It is an effort to reshape the body. The treatment may be done under general, regional, or local anesthesia.

During surgery, small, thin, tubes with dual tips (cannula) are put into the skin through little cuts. Fat is removed through these cannulas as the doctor shifts the tubes from one point to another under the skin to reach specific fat deposits.

Liposuction is usually done in those areas that have not reacted well to diet and work out. The face, abdomen, outer thighs, buttocks, legs, upper arms and the waist and back on men are the areas commonly treated.

Weight loss from liposuction becomes visible for a short time with less long-term effects. After a few months, fat usually comes back and reallocates. Removing a large amount of fat from the body results in lumpiness in the skin which is why a small amount of fat is removed in the first surgery.

Trending Now  In Madinah, there are 8 gold marketplaces or stores.
Advertisement

A Liposuction failure in Riyadh

A local newspaper reported that in Riyadh, a girl had a liposuction surgery which created a problem, because of which her two hands and one leg were removed.

The Health Affairs Department canceled the license and removed the name of that cosmetic surgeon from the list of licensed doctors and mentioned his name to the Shariah Commission.

The department said that a complaint was filed by the girl’s mother against the Arab cosmetic surgeon who conducted the surgery. Her mother said that the doctor transferred fat into the girl’s hip from the stomach.

She also said that after the operation, her daughter’s physical condition got worse. She was then sent to a government hospital in Riyadh where doctors removed her hands from wrists and her right leg from the knee because of surgery problems.

Trending Now  Is it possible to travel outside Saudi Arabia with a vehicle owned by others? Moroor response

A committee took an interview with the doctor. They also visited the clinic without any delay where the surgery was performed. They found that the clinical condition was not up to the required level and failed to apply the Health Institutions Regulation which is a violation of rules.

The committee also pointed out that there was no medical equipment that is necessary for minor and serious operations in the clinic.

Sometimes major problems can occur due to liposuction including deep vein thrombosis, organ perforation, bleeding, and infection. Death is very rare with liposuction; it can occur in about one per ten thousand cases.