Sign in
Welcome! Log into your account
Forgot your password? Get help
Password recovery
Recover your password
A password will be e-mailed to you.
Life Of Arabs A complete guide for those who are living in Middle East or planning to come soon.
Advertisement
Home Saudi Arabia General Information How to check if you are blacklisted in Saudi Arabia? 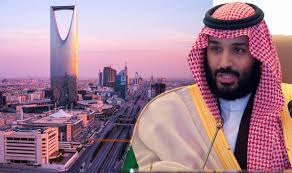 Is there a way to check or know if you are blacklisted or banned in Saudi Arabia with your fingerprints? How can you check if there is a travel ban on your name or passport in Saudi Arabia? We have addressed these issues in this article.

Blacklisted due to criminal activities in Saudi Arabia

Do you know that someone could be blacklisted or banned to enter back to Saudi Arabia due to several issues and the most important one is criminal activities? If you are involved in any of the 8 activities described in the provided link and an official complaint is registered against you, you don’t even need to check as you are already blacklisted in Saudi Arabia.

It is also important to know here that in case of criminal activity; an expatriate is banned to enter back to Saudi Arabia for a lifetime. If only a case was registered against him, but he left the country before prosecution, he would be arrested as soon as he lands in any of the GCC countries and will be brought to Saudi Arabia for the probe and prosecution.

Blacklisted due to Huroob in Saudi Arabia

If your sponsor has declared you an absconder (Huroob) which means that you are not reporting to the work, the authorities would start looking for you and as soon as you are caught, you will be transferred to a detention center.

In the detention center, they will take your fingerprints and process your final exit, blacklist you and deport you from Saudi Arabia. What is the duration of the ban in case of deportation due to Huroob? Better you read this article. Recommended: What is the Duration of Ban to enter back to Saudi Arabia in the Case of Huroob?

Blacklisted due to exit re-entry visa in Saudi Arabia

Another common reason due to which people want to check if a person is blacklisted in Saudi Arabia is that they didn’t return back to Saudi Arabia within the validity of the exit re-entry visa. Earlier, the rule of the country was that if an employer doesn’t report against you, there is no blacklisting or ban on an employee.

However, recently the Saudi government has changed the rule and now there is an automatic ban imposed on those employees who flee the country on an exit re-entry visa and don’t return back.

Blacklisted by the Kafeel in Saudi Arabia

People also want to check if they are blacklisted in Saudi Arabia due to the fact that they had a little disagreement with their sponsor at the time he was issuing a final exit to them. Well, you don’t need to worry about it at all.

The ministry of interior doesn’t give this right to a sponsor or kafeel to decide the destiny of his employee. I have written a detailed article on this subject which everyone with his apprehension should read. Recommended: Can Kafeel ban or blacklist expatriate with Final Exit?

How to check if you are blacklisted in Saudi Arabia Online?