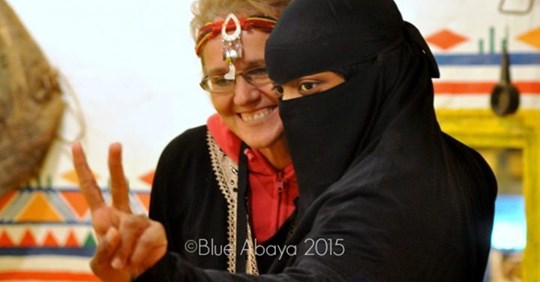 Anyone who has ever been to the Kingdom of Saudi Arabia will notice something which is quite evident, even to the first-time visitor. In comparison to the expats and people from other countries residing in the Kingdom, it seems as if the Saudis are somewhat distant.

This is not true in all the cases as some of the Saudis are extremely social and outgoing. In general, though, Saudis appear to keep to themselves and be rather withdrawn or reserved from expats living in their country. A lot of non-Saudis who have visited the Kingdom have commented on this subject in this light.

This is especially felt more by those who have been raised or have been living in a more extrovert culture, like the Europeans or Americans and their liberal way of life. However, I have failed to understand why is it that the Saudis don’t mix-up with expats?

The most vital reason, in my opinion, is the culture. People of the same culture tend to mix better with the people of their own culture rather than those belonging to other cultures. It is like a safety or comfort zone that people do not want to leave as to avoid any uneasiness.

The socialization of people from the same culture will be much more relaxed and informal allowing for an easy feeling. Keeping culture in mind, there are also those cultures that encourage socializing, for instance, the Egyptian culture.

They prefer mixing up with other Saudis

If you are standing in a queue it is more likely that the Egyptians will be talking to other people while Saudis will stand quietly. Furthermore, not every European or western culture has extroverted people, for instance, the Germans, who prefer to socialize amongst other Germans while Americans, on the other hand, would be friendly and talkative with almost people from every culture.

This observation about the Saudis being reserved or distant is something that has become common now. For the early years of my observation of this, I used to suppose the Saudis probably just thought that they were better than everyone else.

However, over the years I have realized that it took the time to understand the Saudi culture and hence conclude that my initial opinion was wrong. Saudi culture does not include constantly mingling and chatting with everyone and being socially active.

They don’t know much about others

I personally have seen Saudis not being able to carry on a conversation after just talking about the weather. Additionally, Saudis are a bit reserved and generally do not know much about different cultures from around the world, hence when they do meet someone with a different culture, they usually have an extremely short and generic conversation.