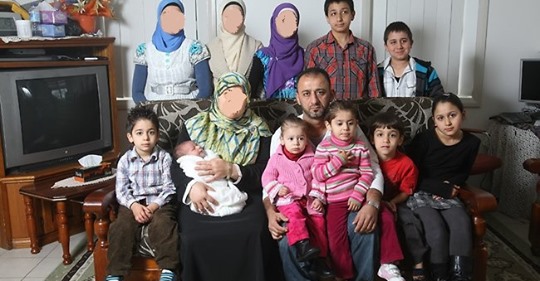 There are two types of people living on an expatriate’s Iqama i.e. Dependents and employees. The dependents include the first wife, female children and male children under 18 whereas the companions are the second, third and fourth wives, parents, in-laws and labor sponsored by the expatriate.

As we know that the Saudi Government has introduced a dependent fee since July 2017. The fee will continue to increase till 2020 and it is to be paid at the time of renewal of the Iqama.

The fee for the dependents and companions has to be paid in advance along with the renewal of the Iqama. Recommended: Saudi Dependent Fee calculator

A story of an Egyptian expatriate surfaced recently. The expatriate lives with his four wives, 2 parents and 32 children in Saudi Arabia. His life was progressing well until he found out that he had to pay SR 182,000 in order to renew his residence permit for one year!

This is a very heavy amount and he could not pay this amount in any way. The Egyptian expatriate has a lot of relatives and friends living with their families in Saudi Arabia as well.

All of them are facing the same situation. They don’t know what to do about this situation. The amount of money to pay every year is very huge and not everyone can afford it.

In light of the current events, with the increased fee on the dependents for the renewal of Iqama, many expatriates have decided to leave the country.

Whereas some of the expatriates are sending their families back to their home countries and shifting to small apartments which left many apartments and homes abandoned. This means that there will be a lot of job vacancies for the locals to target. This also means that the property will experience a downfall.

A lot of people are moving out of the country and the government has already predicted the circumstances. The predicted results are that many departments will experience a downfall in the early years but with the passage of time things will start becoming better for the country and the country will be back on track towards progress and development as it always has been!