Sign in
Welcome! Log into your account
Forgot your password? Get help
Password recovery
Recover your password
A password will be e-mailed to you.
Life Of Arabs A complete guide for those who are living in Middle East or planning to come soon.
Advertisement
Home Saudi Arabia General Information Why should you never take your wife for Dinner during Week Days? 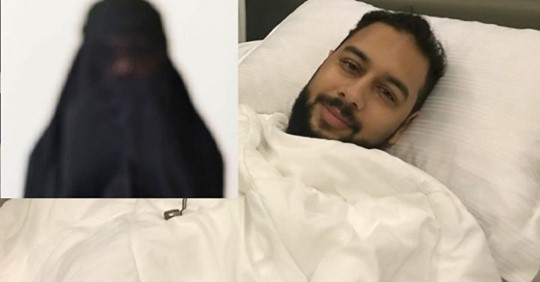 Women are highly unpredictable and complex individuals. They tend to often overthink simple occurrences which can often lead to disaster. The other day my friend made one decision which turned out to become a disaster.

He took his wife out for dinner

A friend of mine decided to take his wife out to dinner. This news soon went viral on his wife’s social media accounts and she started receiving several tweets and warning messages.

One of the friends of his wife started praying for her and wrote a message which implied that bad news was about to follow. Several other friends of hers also flooded her social media accounts with messages or rather warnings with the same exact message, though in different words.

Wife cut short the dinner due to her social media

The social media notifications got so bad, that the dinner had to be cut short. Another one of her friends wrote that this had happened to her as well, and when her husband invited her to dinner, he told her at dinner that he had taken a second wife.

I know this can be a highly feared subject for women; however, such levels of pessimistic thought and constant worrying will just make your partner more distant from you.

Dinner during weekdays was a matter of concern for wife

I don’t see how a man inviting his wife out for dinner should become a topic of concern for the wife, let alone anyone else. There is no explanation as to why many women jump to conclusions which are, often, negative.

Women do not realize that the invitation to dinner could just be a spur of the moment thing, or it could also be an appreciation for the wife for being a good wife, why does there have to be a negative aspect to it, every time.

Never underestimate the power of a suspicious wife

You should never underestimate the power of a suspicious wife, let alone a group of suspicious wives. It was shocking to see that all my friend’s wife’s female friends were of the same attitude, which was highly negative.

They thought that men only try and overcompensate by doing things like these when they have either committed a grave mistake or done something which might displease the wife.

The wife asked her friends to help her understand why the husband has taken her out for dinner. The results were as expected, most of the women replied with the same negative responses and tragic stories that flooded my friend’s wife’s social media accounts.

Conclusion: Don’t take your wife out during weekdays

They say you should learn from mistakes, so I advise you, don’t take your wife out in suspicious circumstances, and let her know beforehand so that you can enjoy your meal together.