Sign in
Welcome! Log into your account
Forgot your password? Get help
Password recovery
Recover your password
A password will be e-mailed to you.
Life Of Arabs A complete guide for those who are living in Middle East or planning to come soon.
Advertisement
Home Saudi Arabia Jawazat And MOI What is the future of expats in Saudi Arabia? – Crown Prince 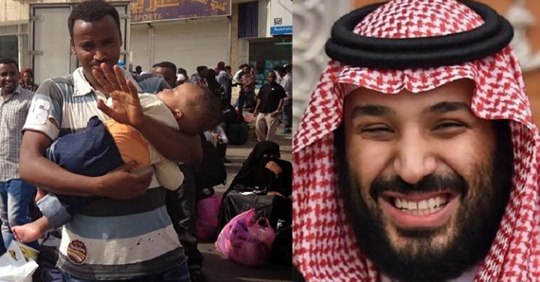 For long, we have been discussing the impact of Vision 2030 on the expats residing in Saudi Arabia. We know that programs like Saudization, expat dependent fee and “A nation without violators” have affected the Expats of Saudi Arabia.

We all are keen to know what would be the future of expats in Saudi Arabia due to such steps. People raise questions that if in the future we would lose our diversity? Would Saudi Arabia be home to only Saudis? Would there be no expat in our country?

This question was asked from Crown Prince MBS

The very question when asked from the Crown Prince Muhammad Bin Salman by the Times Magazine has relaxed almost everyone.

The Crown Prince began his answer by assuring that not only the Saudi government but also the Saudis respect and care for the foreigners living in Saudi Arabia.

He said that these expats have contributed wisely for the uplift of the country and the country would be requiring their services for future development.

He said that currently, Saudi Arabia is home to 10 million foreigners. We do not see a decrease in this number in the future rather expect an increase as the development projects would require greater human resources.

He said that Saudi Arabia is heading towards achieving ambitions, ambitions that would create job opportunities for both Saudis and foreigners. The ambitions are to run massive development projects across Saudi Arabia.

How did the expat community respond to this statement?

Haven’t this statement turned the tables of opinions and anxiety? We all held the opinion that soon Saudi Arabia will be left with little or no foreigners. Yet the Crown Prince has the point here. Vision 2030 aims at developing Saudi Arabia. Development projects do create job opportunities!

Well, the interview has highlighted the need for skilled expats in Saudi Arabia for the economic development of the country and has cleared out the Expats do have a future in Saudi Arabia. The vision 2030 is all about development and reforms which will require expats help and assistance.

Why did the Saudi Government impose dependent fees?

If we talk about Expat dependent fee and Saudization here, let us make clear that these programs were initiated to encourage the firms to give preferences to Saudi nationals (on pure merits).

These programs did not aim at firing or driving out foreigners from the Kingdom. Expat dependent fee is just an economic reform to generate greater revenues. If you look into the campaign “A nation without violators,” it was just to clear out illegal expats from the country.