Sign in
Welcome! Log into your account
Forgot your password? Get help
Password recovery
Recover your password
A password will be e-mailed to you.
Life Of Arabs A complete guide for those who are living in Middle East or planning to come soon.
Advertisement
Home Saudi Arabia Divorces Saudi man divorces wife on bringing Al Baik on his birthday 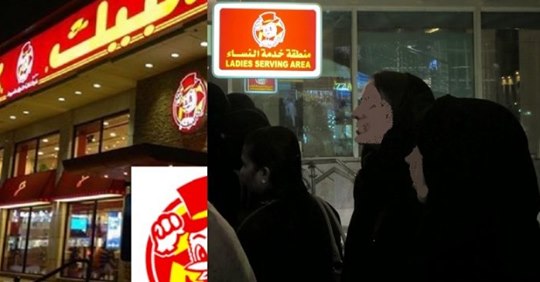 Some people make decisions that are not only extraordinary but also shocking. Some decisions change the course of life, and Divorce is one such which means separation between two married people. Similar news was reported about a Saudi man who divorced his wife for just a weird reason.

He got angry at his wife without knowing the basic reason behind her actions and without understanding her feelings. It was reported that a case came forward in which a man divorced his wife just because she left the home to bring a surprise meal from for him. The wife planned to surprise her husband on his birthday.

She was arranging a surprise for him on his birthday

She arranged all the surprise at home and later went out of the house to bring her husband’s favorite meal from Al Baik, a well-known and popular Saudi restaurant. When the wife reached home, the husband was already at home.

He arrived before the wife and was heated on her when he could not find her, and took her to her parent’s home and told the incredible decision that he was divorcing her. This news shocked everyone.

A social worker who was handling this case said that this was a newlywed couple and the husband divorced her because she left the home without his permission.

He further explained that the wife wanted to surprise her husband on his birthday party, she set up everything at home and went out to bring Al Baik meal in Al Kharj governorate.

She met an accident while coming back home

On her way back home from the restaurant the taxi broke down in which she was traveling and this was the reason, she could not reach home on time and the husband divorced her.

This is not the first strange divorce case that happened. Many bizarre cases like this were reported in the recent few months. Earlier this month a divorce case was reported. A man divorced his wife for not adding sheep’s head on a rice dish, she served to his dinner guest.

Dr. Hani Al-Ghamdi, a psychoanalyst said that the high rates of divorce in the Kingdom to lack of knowledge among people when it comes to the core values of marriage.

The divorce rate is increasing in Saudi Arabia

It is seen that the divorce rate has increased in Saudi Arabia and some can be attributed to a reasonable cause and a lot of them can’t because a large number of strange divorce cases came forward.

Divorce is one of the most hated things among all the Hilal things. So a couple should try to solve their matters personally before making any big decision.