Sign in
Welcome! Log into your account
Forgot your password? Get help
Password recovery
Recover your password
A password will be e-mailed to you.
Life Of Arabs A complete guide for those who are living in Middle East or planning to come soon.
Advertisement
Home Food & Health If You’re Worried About the New Coronavirus, Here’s How to Protect Yourself 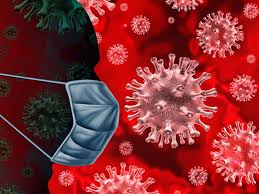 If you’ve been watching the news lately, you’ve surely heard about the new coronavirus, a new strain of virus that’s sweeping across China and spreading to other parts of the world.

While historically coronaviruses cause little need for alarm (they’re usually the culprits behind the common cold), there are three strains that have developed in the last 20 years, including this most recent strain — the 2019-nCoV — which are causing serious illnesses, respiratory issues, respiratory failure, and even death.

Another example of a serious coronavirus is SARS, but it’s important to note that the 2019-nCoV is not the same as SARS.

Today the World Health Organization announced it was declaring a public health emergency of international concern due to the spreading virus.

To better prepare yourself, and to keep up-to-date on what you need to know, we reached out to experts to help shed light on what you can do to protect yourself against the most recent coronavirus.

What is the coronavirus?

According to the Centers for Disease Control and Prevention (CDC), “coronaviruses are a large family of viruses that are common in many different species of animals.”

The CDC says that rarely does the animal coronavirus infect people.

However, this most current strain is a new respiratory virus that was first identified in Wuhan, Hubei province, China, which has been infecting people.

The World Health Organization says that common signs of infection include respiratory symptoms like fever, cough, shortness of breath, and breathing difficulties. Rarer, more severe cases can cause pneumonia, severe acute respiratory syndrome, kidney failure, and in the most extreme, death.

Symptoms may appear in as few as 2 days, or as long as 14, after exposure.

Like previous coronaviruses, this particular virus likely emerged from an animal source, though experts aren’t sure which one as of yet.

Now the virus is being spread from person to person. Typically coronavirus infections are transmissible person to person only once someone infected is showing symptoms, however, the Chinese health minister is indicating that this particular strain may be infectious when people aren’t yet sick.

How do I protect myself?

While there’s no vaccine to prevent the 2019-nCoV infection, there are still things you can do to protect yourself.

“The best protection is hand washing and being mindful of contact with a person’s face,” said Dr. Eric Cioe-Pena, director of global health for Northwell Health and the Zucker School of Medicine at Hofstra/Northwell in New York.

“The most common way viruses like these are spread is from droplets, or little particles of viruses, that land on a surface that another person touches and then spreads, usually by touching their face or eating,” he said.

It’s important to note that alcohol-based sanitizers like Purell are helpful, but not a legitimate preventive measure to stop viruses.

The CDC says that, “alcohol-based sanitizers can quickly reduce the number of microbes on hands in some situations, but sanitizers do not eliminate all types of germs.”

Using a hand sanitizer with at least 60 percent alcohol can help in the absence of soap and water, but it’s not a treatment or prevention for viruses.

What if you’re traveling?

“At the time, traveling to China is probably ill advised,” said Dr. Teresa Murray Amato, director of emergency medicine, Northwell Health Long Island Jewish Forest Hills. “It is not clear how transmittable the virus is and who is at the greatest risk of a poor outcome.”

The U.S. State Department has issued a level 4 travel advisory for Hubei, which means “do not travel,” and is the highest warning level. A level 3 warning is in effect for the rest of China.

“The biggest risk to traveling to China right now is the strict quarantine and travel bans the Chinese government has been enacting,” said Cioe-Pena.

That said, if you must travel to China where there are cases of the virus, Amato recommends wearing a mask, washing hands often, and avoiding anyone that’s ill.

Note that over-the-counter masks don’t protect against airborne illnesses, so if the virus mutates to become airborne, masks will be ineffective.

The CDC is closely monitoring that status in the United States.

As of January 29, 2020 there are a total of 165 cases that have been under investigation. Five were confirmed. States with confirmed cases are Arizona, Washington, California, and Illinois.

According to Dr. Nancy Messonnier, director of the National Center for Immunization and Respiratory Diseases (NCIRD), “We understand that many people in the U.S. are worried about how [2019-nCoV] will affect Americans. Risk depends on exposure. Right now we have a handful of patients with this new virus here in the U.S., however, at this time the virus is not spreading in the community. For that reason we continue to believe that the immediate risk is low to the American public.”