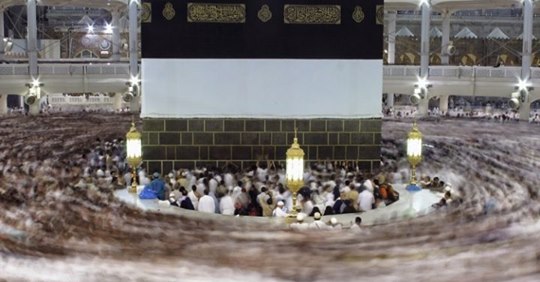 Every Muslim individual, be it a man or woman, knows the high respect and adoration that the Holy Haram, more commonly known as the Holy Kaaba, holds in each and every one of our hearts. It is our main religious center; we pray in its direction and consider it the house of God.

It would not be a smart move to try and defame the holy sanctity of the house of God, however, not everyone seems to think that any one individual has gone ahead and made such an attempt, which has surely landed him in a lot of hot water.

An Indian man arrested for posting an offensive picture

An Indian man has been recently arrested for posting offensive pictures of the Holy Kaaba. He has been given a punishment of 2,100 lashes, 7 years Jail and SR 30,000 fine for his blasphemous act. The pictures consist of the Kaaba being replaced by a Hindu temple.

These disgraceful pictures were posted on the individual’s Facebook account. The accused man has alleged that he did not originally post the picture, but instead, someone else had posted it and he merely liked the photo, which in turn made it visible to all the people on his friend’s list.

As a Muslim, I feel angry and confused at the actions of the man. I feel deeply hurt that someone would try and defame the holiest and purest places on earth. However, as a human being, I also believe that we should keep our belief and faith to ourselves and should not interfere with the faith of others.

Respect every religion in the world

It is also a common courtesy of all human beings to not insult or defame any religiously important places or individuals.

I believe that Muslims like me should hold the higher ground and not let such acts anger us or disturb us, but instead, we should be more compassionate towards the ill-informed or towards the ignorant, and stoop down to their level at least.

Latest Update about the Case

The Criminal Court of Jeddah has just now quashed a seven-year jail term and an additional 2100 lashes as punishment which had been given to an Indian man who had been convicted of blasphemy.

This new move of leniency by the Criminal Court of Jeddah comes since the Indian prisoner converted to Islam, during his time in jail. Recommended: Indian Citizen who shared “Haram Temple” photo embraced Islam