Sign in
Welcome! Log into your account
Forgot your password? Get help
Password recovery
Recover your password
A password will be e-mailed to you.
Life Of Arabs A complete guide for those who are living in Middle East or planning to come soon.
Advertisement
Home Saudi Arabia Royal Coverage Why is the Saudi Crown Prince always in a Hurry? 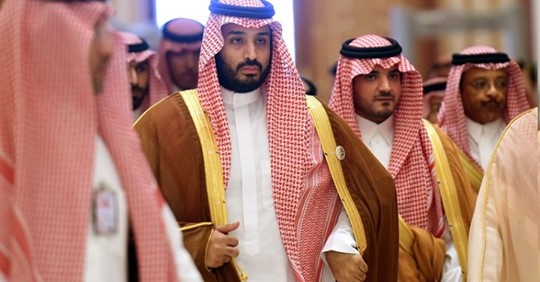 Taking sharp turns and quick decisions, The Saudi Prince Muhammad bin Salman is in the highlights these days. He has distinct and futuristic plans in his mind, and to accomplish them, the prince is working around the clock.

Thomas Friedman of New York Times had this question in mind whether Prince Muhammad will be able to make and succeed, he assumed that the Prince is doing too many things all together, perfection may not be the criteria but yes, the initiative is great and the Prince is doing a great work for the progress of the Saudi Kingdom.

According to Friedman, someone has to pull Saudi Arabia into the 21st century and Prince Mohammad bin Salman has stepped up in this job. He is trying his best to modernize the Kingdom so that Saudi Arabia can easily plunge into the modern era.

However, it is not an easy task as it seems, it is not less than a challenge because Saudi Arabia includes a large group of older, more rural and more traditional Saudi citizens who are almost against the new traditions and modernization. Pulling them into the 21st century to run with the modern world is rather a war.

This is the reason why every senior bureaucrat is working crazily and around the clock now. They know that they can be called by Prince Mohammad bin Salman at any time and he will be waiting to know whether the work he wanted to be done is getting done or not.

Mohammad bin Salman is always in hurry and wanted his work to be done because he said, “I fear that the day I die I am going to die without accomplishing what I have in my mind. Life is too short and a lot of things can happen, and I am really keen to see it with my own eyes — and that is why I am in a hurry.”

The Supreme Court has requested that people observe the Ramadan crescent on Friday.

Saudization of 50% in small market and supermarkets

A List of all Kings and Crown Princess of Saudi Arabia